One mask at a time

Image of screen-print sent to sewers.

It must have been mid-February when a colleague caught me on the stairs –he rushing up, me dashing down, a lightning meeting in a chockfull day– and reminded me of the new project we needed to discuss. Another event, collaboration, conference among the many others that we were already imagining, designing, executing. Another one?! It suddenly struck me as absurd. An image emerged of all the departments, organisations and colleagues like us, frantically organising stuff with the intention of making the world a better place. Inviting people to participate, engaging them in creative making, and through the arts provoking, inspiring, re-imagining, transforming, generating… Did anyone even have time to go to these productions? Or were we all just organising for the sake of organising?

Then lock-down hit and everything went quiet. Pre-existing events were cancelled, because they couldn’t go ahead in the original format, but also because they didn’t seem that relevant anymore, as they failed to address or resolve the new normal. Unable to watch the situation unfold without trying to change it, I got involved in what might have been my most meaningful yet straightforward art production to date. At the beginning of April, responding to a lack in PPE, we set up a Facebook Group to create cloth masks for Cornish community carers. In the 6 weeks that followed, we supplied over 4000 masks –all sewn by volunteers from their homes across Cornwall. Orders were managed by a central team with a main coordinator, administrator, website manager, accountant and sewing mentors. Makers followed an approved mask pattern, using recycled materials (mainly high quality bedlinen) and used the FB group to assist and encourage each other. Once they finished a batch, they were given an address of an individual or organisations that had placed an order and they sent their masks directly to the user. We followed strict safety guidelines around picking up donated materials and packaging of masks. The sewers transformed the world through making, modestly but relentlessly. Each from their home, often fit around work (many of them were nurses or carers sewing for others) and whilst caring for children, they selflessly, almost silently, yet powerfully, made a significant change to the safety of others, one mask at the time.

When orders started to reduce in late May as more PPE became available commercially, we received a small amount from Feast Cornwall’s Re-ignition fund, which enabled Redruth-based artist Caroline Wilkins to create a screen-print. The print was sent to around 200 sewers that were in our database, to thank them and celebrate their effort, giving them something that they could remember this time by. A difficult time that became meaningful through their creative, collective action. The sewers’ response to the screen-print arriving on their doorstep was one of great, often very emotional gratitude that their efforts had been recognized and that they had been given something beautiful in exchange, something which, like their masks, had been laboriously crafted with care for a fellow human being.

The mask-making project seems every funder’s dream of creative community action, yet it emerged and was sustained entirely despite of and, in fact, because of institutional inaction. And for all this to happen, as an organizer I didn’t organize much either. I responded to what seemed the greatest need, calculated where I could make a difference. I connected and encouraged a few people, but mostly people found us. We didn’t drive anywhere; we didn’t build anything. Looking back and feeling the tugs of the post-Covid world in which we all rush to go back to the pre-Covid status quo, I feel ambivalent about organising anything else. It might be because I am not sure where to start; the post-Covid situation coupled with a looming climate crisis too complex to untangle and influence. But I also feel reluctant to be swept back into the pre-Covid organisation frenzy, filling already over-crowded diaries with more socially engaged engagements.

It seems telling that the most effective solution for the Covid-emergency is to reduce action and encourage stillness among those that are not on the front-line. One could argue that we are all, always on the front-line, and that there is no time not to act. However, there are benefits to being passive. Artist and educator Jan van Boeckel (2012) refers to ‘active passiveness’, as a state of planned ‘not-doing’, in which one walks ‘the tightrope between control and surrender’. Too much of the former might mean that we run around like headless chickens, potentially only creating the most obvious, bringing into being what was already known. Too much of the latter results in everyone drifting in chaos and confusion. John Dewey (1934) observes that every experience comes about through an interaction between the live creature and an aspect of its environment. In this encounter the creature undergoes something of that aspect (e.g. the weight of a stone, its texture) and then acts actively upon the properties thus undergone. After which the creature is receptive again to undergo the aspect, etc. In a similar fashion an artful process is a constant oscillation between receiving and active doing as a response to the reception.

I might need to be more of a recipient at times, avoiding the itch to organize just because everyone else is. It is a purposeful inaction, not a lethargic indifference to something that seems too far away spatially, culturally or temporarily. Moreover, the fervency with which a community gathered to respond creatively, tells me that the ‘the community’ knows exactly when to respond. It can spring into action and make things happen with great speed. And many have the tools ready to apply in times of urgency and uncertainty, and if they don’t, they will invent them, there and then. Without hesitation. 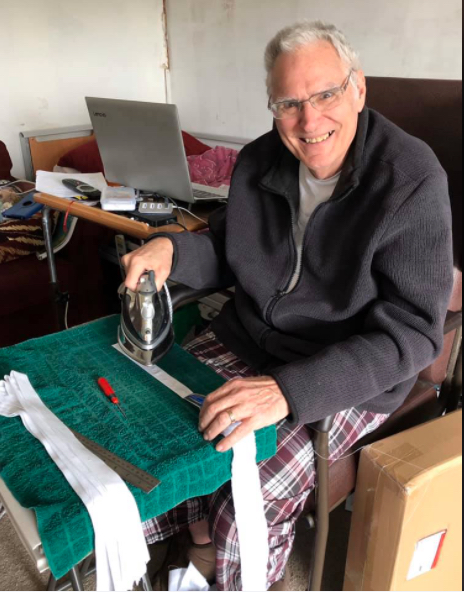 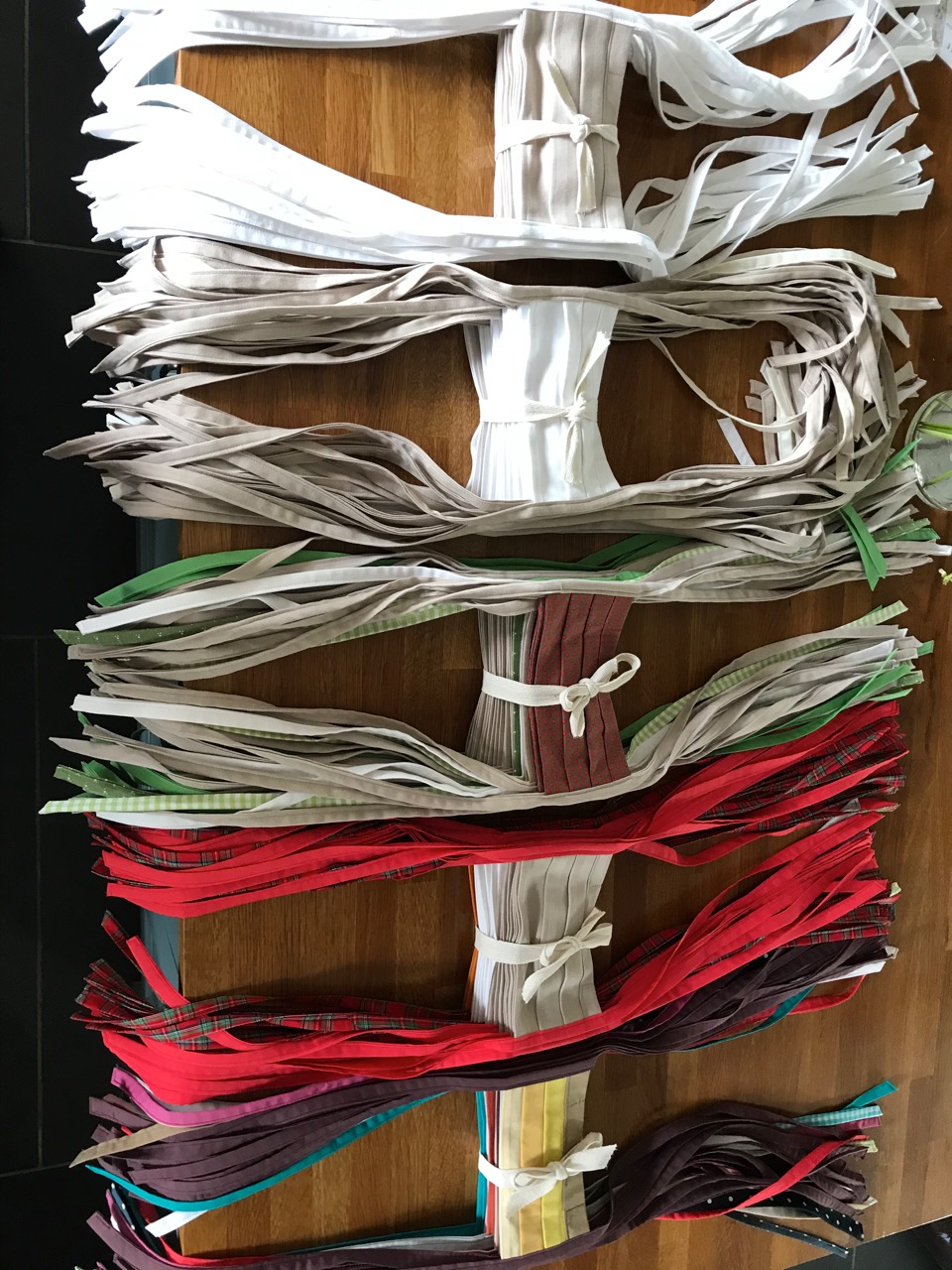 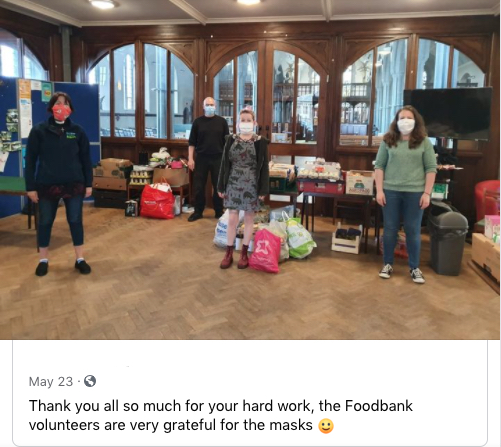 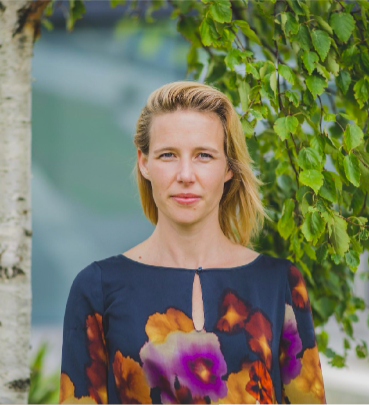 Dr Natalia Eernstman is an artist, educator and researcher, specialising in (community) learning through artful and performative means.  She is a senior lecturer on the MA Creative Education: Making Learning and runs (research) projects in the field of creative education, community-engaged art practice, intergenerational learning and environmental art. She works in communities and with universities, often around climate change and bridging (social) science and art.

With over 10 years of experience Natalia is a skilled facilitator and she has run large-scale site-specific art events. She was part of the Education Department at Wageningen University in The Netherlands and holds a PhD from University Arts London / Falmouth University.

Current collaborations are with the University of Gothenburg in a project called ‘Imaginative Disruption’. And she is in the process of setting up a CIC that connects children and their families in creative, collaborative learning to translate debilitating feelings of eco-anxiety in agency. She is also involved in organising the biennial symposium Making Learning at Plymouth College of Art.

Be part of the discussion

Van Boeckel J. “At the heart of art and earth: An exploration of practices in arts-based environmental education”, Aalto University publication series, Helsinki, 2013

‘Beyond the Now’ is a syndicated social practice platform, founded by partners based and working in locations across the globe, which aims to open up new creative, cultural and political affinities for a post-pandemic world.

This website uses cookies to improve your experience while you navigate through the website. Out of these, the cookies that are categorized as necessary are stored on your browser as they are essential for the working of basic functionalities of the website. We also use third-party cookies that help us analyze and understand how you use this website. These cookies will be stored in your browser only with your consent. You also have the option to opt-out of these cookies. But opting out of some of these cookies may affect your browsing experience.
Necessary Always Enabled

Any cookies that may not be particularly necessary for the website to function and is used specifically to collect user personal data via analytics, ads, other embedded contents are termed as non-necessary cookies. It is mandatory to procure user consent prior to running these cookies on your website.

Important Please Read: Whilst Text and URL's will be recalled images will need to be uploaded again.

‘Beyond the Now’ aims for an accessible written style. It is not an academic journal and the written contributions may include first person accounts and reflections.

Contributions should be approximately 500-1000 words in length.

Where the content of the submission involves theoretical or other specialist content, please aim as much as possible for exposition that will be accessible to a general reader (i.e. across academic disciplines and to non-academics).

Referencing should be included in the MLA format: MLA Citation Guide

References to webpages may be included as hyperlinks.

Please clearly indicate the title of the submission and provide, if possible, an image to accompany it with required acknowledgement / permission for use.

Please provide a title for the piece and a short (50 word) outline of content for publication.

If possible, please provide a still from the video for use on the ‘Beyond the Now’ site.

The Bio should be 100-150 words long to ensure a standard appearance across the site  (100 words minimum and 150 words maximum).

Please capitalise each of the main words of the title. Avoid using capitals throughout. (e.g. ‘Beyond the Now’ is good. Not ‘BEYOND THE NOW’ or ‘Beyond the now’ unless there is a compelling reason)

Subtitles must be consistent across the publication. Please do not underline subtitles.

Please use single spacing throughout. Do not include text in bold (except for subtitles).
Where the content of the submission involves theoretical or other specialist content, please aim as much as possible for exposition that will be accessible to a general reader (i.e. across academic disciplines and to non-academics).

Please follow this format when including captions for images. Not every image will need all of these entries. Select those that are required and use the order indicated: Alternatively, for images that are not artworks: